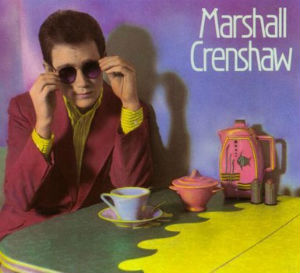 Crenshaw recorded the song in 1982 for his debut album, “Marshall Crenshaw”, which he co-produced with Richard Gotterher. Released as the first single from the album, “Someday Someway” reached the Top 40 on both the Billboard and Cash Box charts. Crenshaw said writing the song was “a breakthrough moment” in his career as a recording artist.