The Royaltones formed in Dearborn, Michigan, in 1957 while they were still in high school. Originally called The Paragons, the band was renamed ‘The Royaltones’ when their original composition of “Poor Boy” was leased by Jubilee Records. The instrumental became a # 17 hit in the fall of 1958. 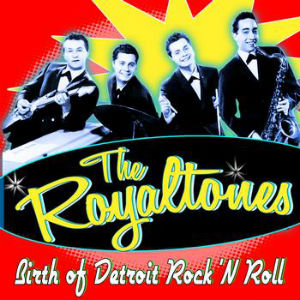 “Flamingo Express” was released in late 1960 and peaked at # 82 in early 1961. It would prove to be the last charting hit for the Royaltones. Future Funk Brother Bob Babbitt played bass on the hit instrumental and would officially join the band a few months later. Guitarist Dennis Coffey also joined the band in 1961.

Listen to The Roylatones' original recording of "Flamingo Express":