No singing group was hotter than The Supremes in 1966. “You Keep Me Hangin’ On” became the trio’s eighth # 1 single when it topped the charts for two week in November. The song’s signature guitar part originated from a Morse code-like radio sound effect, typically used before a news announcement, which caught Lamont Dozier’s ear. He later collaborated with Brian and Eddie Holland to integrate the idea into a song. 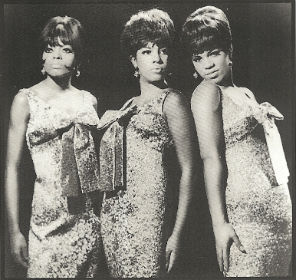 Many elements of the recording, including the guitars, the drums, and Diana Ross, Mary Wilson, and Florence Ballard’s vocals were multitracked, a production technique that was established and popularized by Holland-Dozier-Holland and other premier producers of the 1960s. H-D-H recorded “You Keep Me Hangin’ On” in eight sessions with The Supremes and The Funk Brothers before settling on a version deemed suitable for release.