SRC was one of Michigan’s most progressive bands in the 1960s. Their instrumental coupling of Edvard Grieg’s orchestral piece, “In The Hall Of The Mountain King” with “Beck’s Bolero”, written by Jimmy Page and inspired by the rhythmic pattern in Maurice Ravel’s orchestral piece “Bolero”, prominently featured both the keyboards of Glenn Quackenbush and the lead guitar of his brother Gary Quackenbush. 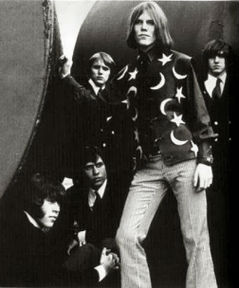 Although it was not released as a single, the instrumental was a regular part of SRC’s set list and was popular on FM underground rock radio stations in Detroit. “In The Hall Of The Mountain King/Bolero” closed side 1 of "Milestones", the band’s second album.

"Milestones" was the most successful of SRC’s three albums, reaching # 134 on Billboard and spending a total of nine weeks on the chart.