Barbara Lewis enjoyed her second-biggest single with the romantic ballad “Baby I’m Yours” in 1965. Although it might be her best-known hit, Lewis reportedly didn’t care for the song when she first heard it and had to be persuaded to record it. It was written by Van McCoy who had previously worked with the Shirelles at Scepter Records and would later have a # 1 disco-era hit of his own with “The Hustle” in 1975.

“Baby I’m Yours” was produced in New York by Bert Berns. This marked a change from Ollie McLaughlin, the Ann Arbor DJ who discovered her and produced her first charting singles. The new combination worked beautifully as the hit single returned Lewis to both the Pop and R&B charts after an eighteen month absence. 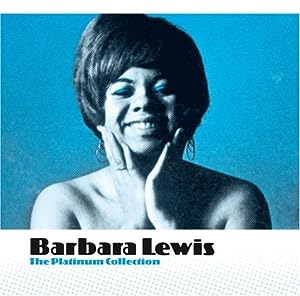 Barbara Lewis has been somewhat underappreciated for her recorded output and is rarely listed among the top female vocalists of the 60’s. This is hard to understand in light of the quality of Lewis’ vocals. In one critic’s words, “Lewis’ voice radiates sophistication and warmth, sounding both familiar and no one else you’ve ever heard.”

“Baby I’m Yours” has been covered by many artists over the years including Cher, Peter and Gordon, Mama Cass Elliot, Debby Boone, Petula Clark, Tanya Tucker, and Bobby Vee to name just a few. But Barbara Lewis’ original is still the definitive version of the song.