Details
Category: About The MRRL

Although the 15-year run of "The World's Greatest Rock and Roll Trivia Show" ended in 2007, the twice-yearly event was totally unique. Besides being the first and only multi-media rock and roll trivia show ever produced, it also led directly to the formation of the Michigan Rock and Roll Legends website. The following is a brief history and explanation of how it worked. 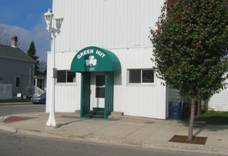 In 1992, Gary (Dr. J) Johnson took over the Rock and Roll Trivia games with his friend and teammate Wayne (Priz) Przybylski. Their idea was to change the 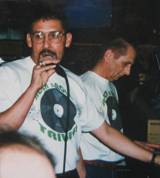 competitions so that most of the questions would include song segments, still pictures, lyric handouts, and anything else that would be fun and would also celebrate all that was great about rock and roll. They borrowed a sound system from local musician Gregg Barber for their first few shows. Eventually, a sound system was installed in the Green Hut that the pair could use.

The next step was to incorporate video performances into the shows. With the help of Bill Skinner, they connected all of the bar’s televisions to a V.C.R. that could project the images of rock and roll throughout the tavern. A new and powerful way of doing a Rock and Roll Trivia show was born.

A format was instituted in which each new trivia game would always spotlight at least two artists already inducted into the Rock and Roll Hall of Fame and would also feature musical and video questions specifically about those artists. In order to attract some younger rock and roll fans, they expanded the years of coverage to include the 1950’s, the 1960’s, and the 1970’s. A general rule of playing only songs or videos that are 21 years old or older was also adopted. As a result of this policy, rock and roll trivia coverage eventually moved into the 1980’s as well.

How The Trivia Contests Worked

The competitions were among teams that were usually organized before the show. There were occasions, however, where teams were organized or combined the night of the contest. Whatever the situation required, Dr. J or Priz helped put interested parties together to form teams. Usually teams had from four to ten members but there was no minimum or maximum size. All questions were answered as a team. When all teams were ready, the answer sheets were exchanged, scored, and then handed back to the original teams who reported their scores. Correct answers were worth 5 points each, and correct lyrics were worth 3 points each.

There were four preliminary games. Each preliminary game was made up of four questions that could be worth anywhere from 25 to 100 points. All questions have multiple parts. For example: one question might include playing five 30-second segments from five different songs by The Beatles and teams would have to write down the correct song titles in order from listening to the song segments. In addition, there might be two bonus questions along the lines of: Who was the Beatle drummer who was replaced by Ringo Starr? Or who was the first artist to put a Lennon-McCartney song on the Billboard Hot 100 charts? A team that answered all five song titles and the two bonus questions correctly would then earn 35 points. A running tally of points was kept on a large scoreboard and the team with the most points at the end of the four preliminary games automatically qualified for the Championship Round and got an additional bonus of 5 pts. 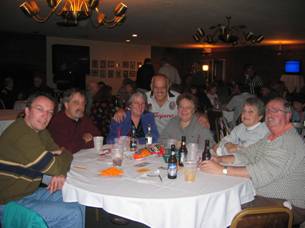 After the four preliminary games were completed, all the teams were divided into two groups for the Championship Round. Those teams with the greatest number of total points would then compete among themselves for the $100 1st place prize and the $50 2nd place prize. The teams with the lowest total points would compete among themselves for the $50 consolation prize.

Both groups competed using the same questions. The final Championship/Consolation game had five questions that could be worth anywhere from 40 to 110 points each. Scoring was done the same way as in the preliminary games.

There were lots of performance videos that were played on four different monitors in the La Roz Room, and you might have been asked to name the song title or to identify the artist (or both) from the videos. Handouts were also used in the course of an evening to further challenge your knowledge of rock and roll in a fun and entertaining fashion.

The cost for participating was $10 per player. The money was used for prizes, web page expenses, advertisement, and the cost of producing the shows. Non-players were always welcome at no cost, and tables were provided for those who just liked to watch.

When Were The Trivia Shows Held?

The trivia shows were held on Saturday evenings in November and May.  Registration started at 6:00 p.m. and the shows usually ran to around 11:00 p.m. Cash prizes for the winning teams and drawings for door prizes followed the competition. The exact dates of the shows varied according to the availability of the La Roz Room and other factors. This web site printed the dates for upcoming Rock and Roll Trivia show as soon as they were confirmed.

Results From Our Last Show

Our last show was run on Saturday, May 5, 2007.  We voted for the 2007 inductees for Michigan Rock and Roll Legends and for the 2007 Top Ten Legendary Michigan Songs. The results of the vote were posted on Inductees Biographies, Legendary Songs, and on Dr. J's Page. Barry Chatland's Groove Masters team made it five championships in a row with a victory over a very strong runner-up team, The Four Aces.  Looney Tunes took the consolation prize. The other participating teams were: Benny & The Jets, The New Attitudes, Instant Karma, The Surfer Birds, Van Morrison, and The R C System. Below are some pictures from a 2005  show.

George Harrison once wrote and sang:  "All things must pass, all things must pass away".  The May, 2007 Triva show marked the end of the 15-year partnership of Dr. J and Priz.  The pair remain friends and did not have any kind of serious falling out, but their working relationship had run its course.  This along with the continued equipment problems at Washington Lanes clearly indicated that it was time to move on.  The prospect of any future Rock and Roll Trivia shows is highly unlikely, but keep in mind the old saying, "Never say never".  If it doesn't happen, thanks to all who participated in "The World's Greatest Rock and Roll Trivia Show" and remember to "Keep Rockin'". 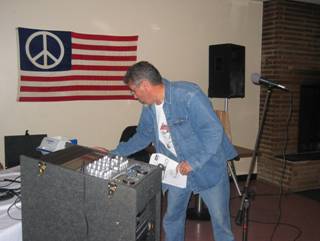 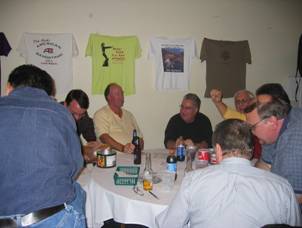 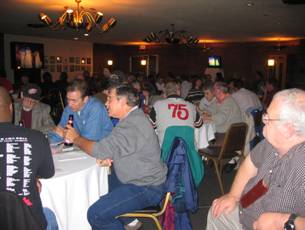 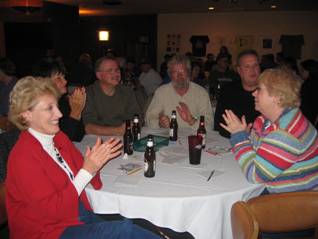 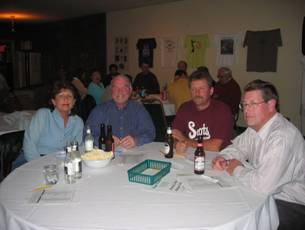 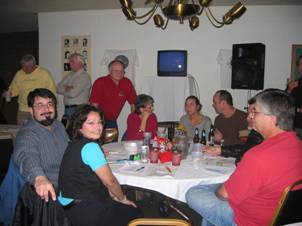 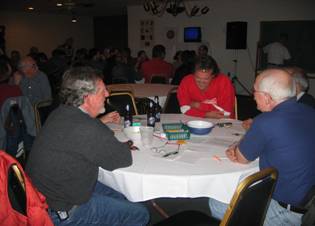 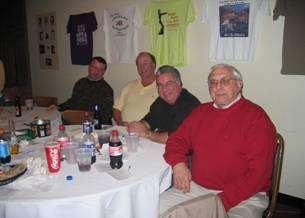 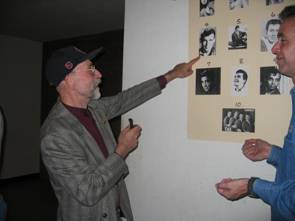 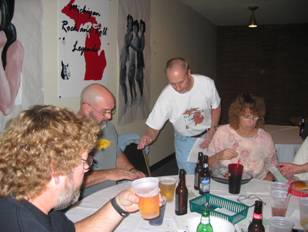 In the course of doing something you love for fifteen years sadness does occur. Losing a friend with whom you have shared music and fun times is one of those somber occasions. In homage to the memories of Tom Bert, Dennis Duso, Dave Nordstrom, Dick Dion, Ron Witucki, and Richard Silberman, it seems appropriate to quote the lyrics of the late, great John Lennon:

For people and things that went before

I know I’ll often stop and think about them

In my life I’ll love you more.”