The Rockets’ lone Top 40 hit was originally a two-part recording by Fleetwood Mac in 1969; “Part 1” being a fast, electric blues song with vocals, and “Part 2” a longer, entirely different instrumental piece with a classical, Spanish guitar influence. 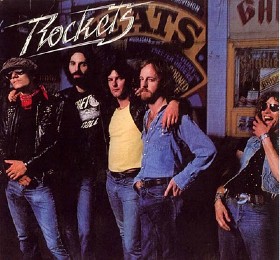 While the band were recording their self-titled debut album (“The Rockets”) for RSO Records, producer Johnny Sandlin suggested they cover “Oh Well” when they needed another song to complete the project. The Rockets recorded an inspired version of Part 1 of “Oh Well” featuring Dave Gilbert’s powerful vocal and the lead guitar of Jim McCarty.

The song was a big radio hit and spent 8 weeks in the Hot 100 in 1979. Its success led to The Rockets’ national television debut. The band performed two songs on an episode of The Midnight Special and, as a special bonus, they were introduced by the legendary Roy Orbison to perform “Oh Well”.