22.) Where You Gonna Go - The Unrelated Segments 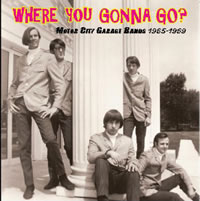 The members of the Unrelated Segments were from the downriver suburbs of Detroit: Taylor, Allen Park, Melvindale, and Lincoln Park, respectively. The band name came from an economics term that one of the band members had heard during a class he was taking.

The record had the unfortunate luck of being released the same month as the Detroit race riots in the summer of 1967, however. In the turbulence and its aftermath, record sales in the Motor City suffered. That could be the only possible explanation as to why this quintessential slab of Michigan rock and roll did not break nationally.