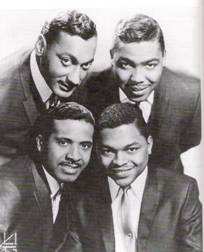 In 1954 Levi, Obie, Lawrence, and Duke were asked by a friend to entertain at her graduation party. It was the first time the four had sung together and they knew they had found something special as soon as their voices blended together.

They called themselves the Four Aims since they were aiming to get to the top. After signing with Chess Records in 1956, the group changed their name to the Four Tops to avoid confusion with another vocal group called the Ames Brothers.

The Four Tops’ first single for Chess, “Kiss Me Baby”, was a minor regional hit but subsequent releases on the Chess, Red Top, Singular, Riverside, and Columbia labels failed to click with the record buying public. The group was able to make a living during these hitless years by playing talent contests, block parties, and small Midwestern nightclubs.

The turning point for the Four Tops came in 1963 when they signed with Motown Records. The next year Berry Gordy Jr. placed the group with Motown’s hot, young production team of Brian Holland, Lamont Dozier, and Eddie Holland. The threesome were riding a series of hits with Martha & The Vandellas and the Supremes and they had a song called “Baby I Need Your Loving” that was originally intended for one of the female groups. The Four Tops recorded their first memorable hit at a 3 a.m. session at the Hitsville U.S.A. Studio on West Grand Boulevard in the spring of 1964. “Baby I Need Your Loving” spent 12 weeks on the Billboard charts, reaching a peak of #11. 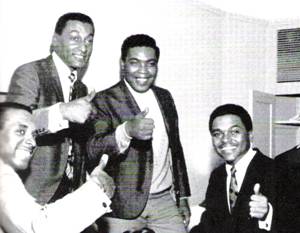 The follow-up singles, “Without the One You Love” and “Ask The Lonely”, were solid hits, but the Four Tops and Holland-Dozier-Holland really hit their stride with 1965’s #1 single “I Can’t Help Myself”. The up-tempo song is powered by Funk Brother James Jamerson’s bass and the lead vocal of Levi Stubbs.

The partnership of the Four Tops and Holland-Dozier-Holland proceeded to put together nine consecutive Top 20 singles including “It’s The Same Old Song”, “Something About You”, “Shake Me, Wake Me”, “Standing In The Shadows Of Love”, “Bernadette”, “7 Rooms Of Gloom”, “You Keep Running Away”, and a second #1 hit, “Reach Out I’ll Be There”, from 1965 through 1967. “The Four Tops Greatest Hits” collected the first twelve hit singles produced by the partnership and quickly became the highest charting album of the group’s career. 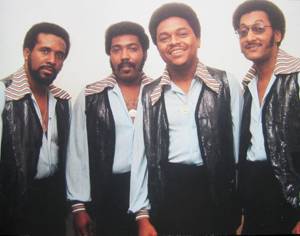 In 1967, Holland-Dozier-Holland walked out on Motown in a dispute over money. H-D-H then decided to form their own record company and created the Hot Wax and Invictus labels. Their new company produced a number of hits from a roster of artists that included; the Chairmen Of The Board, Freda Payne, Flaming Ember, and the Honey Cone.

Despite losing their ace songwriting and production team, the Four Tops continued their string of hits in 1968. The group had Top 20 singles with cover versions of “Walk Away Renee” and “If I Were A Carpenter”, but the group would no longer be a force at Motown with original material. In fact, outside of a duet with the Supremes on their cover of “River Deep – Mountain High”, the Four Tops’ only other Motown Top 20 hit was with Smokey Robinson’s “Still Water (Love)” in 1970.

By 1972 Motown had left Detroit and relocated in Los Angeles. Musical tastes in the United States were changing and the Four Tops had reached the end of their reign at the label. The group was still very popular in Europe, however. One of their last singles at Motown, “A Simple Game”, featuring the popular rock group the Moody Blues, was a #3 hit in England but only reached #90 in the United States.

The group left Motown in 1972 to sign with ABC/Dunhill. The Four Tops started off with a bang as they recorded a couple of big hits; “Keeper Of The Castle” and “Ain’t No Woman (Like The One I Got)”. The rise of disco music cut into the Four Tops’ chart success in the 70’s, but the group continued to tour the world performing to packed houses. 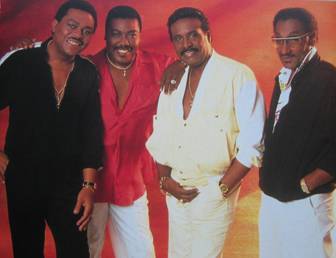 In 1981, the group signed with Casablanca Records, a label that had been a leader in the disco field. They had one big comeback single on Casablanca with “When She Was My Girl” before returning to Motown in 1983.

After performing in a “battle of the bands” with the Temptations on the Motown 25: Yesterday, Today, Forever television special, the Four Tops embarked on the first of several co-headlining tours with the Temptations that was billed as T ’n’ T. The initial tour lasted nearly three years, traveled around the world, and included a series of sold-out shows on Broadway.

In 1986, Levi Stubbs provided the memorable voice for the man-eating plant Audrey II in the film Little Shop Of Horrors. Two years later the group once again left Motown to sign with Arista Records. It was there that the Four Tops recorded their final Top 40 hit, “Indestructible”, in 1988. Two years later, the group was inducted into the Rock and Roll Hall of Fame by fellow Motown artist Stevie Wonder.

Lead singer Levi Stubbs suffered from declining heath following a stroke in 2000. This prevented him from performing anymore with the group. Sadly, Obie Benson passed away in 2005 from lung cancer, and Levi Stubbs passed away in his sleep in 2008 at his home in Detroit.

The Four Tops were inducted into Michigan Rock and Roll Legends in 2005.  That summer, “Obie” Benson died of lung cancer. The cancer was discovered after Obie had a leg amputated just a few weeks earlier.  In 2009, the Four Tops' first big hit, "Baby I Need Your Loving", was voted one of MIchigan's Legendary Songs.  In 2011, their first # 1 single, "I Can't Help Myself", was also voted a Legendary Michigan Song. 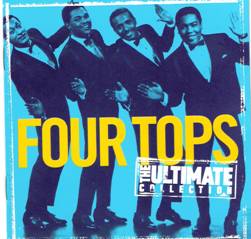 “The Four Tops: The Ultimate Collection”, Motown CD. This collection contains 25 of the group’s highlights from the Motown years.

“Four Tops: Forever”, Universal Music 4 CD Box Set. This has it all. It consists of mostly Motown material, but it does contain the highlights from the Dunhill/ABC, ABC, Casablanca, and Arista labels.