Detroit-born Ted Nugent formed the Amboy Dukes following his father’s transfer to Chicago. Named after a defunct Detroit R&B band, Nugent claimed to have never heard of the street gang from Perth Amboy, New Jersey, whose name was made famous as the title of a 1950’s novel. 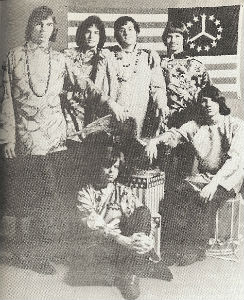 After making a name in Chicago, Nugent relocated the band to Detroit and, along with lead vocalist John Drake, put together a new lineup that quickly became one of the Motor City’s top bands. They signed with Mainstream Records in 1967 and recorded their self-titled debut album in just one night.

Their scalding version of “Baby Please Don’t Go” was released as the first single,and the propulsive beat and Nugent's howling guitar sound raised the bar for Detroit rock and roll. The song was a big local hit and even made the national charts, reaching # 106 in Billboard in early 1968.