Two technological advances would prove to be vital to the rise of what would become rock and roll. The first was the development of the electric guitar. Invented in the early 1930s, it was first adopted by jazz guitarists, who wanted to play single-note solos in large big band ensembles. The popularity of the electric guitar grew through the efforts of early proponents including Les Paul, Lonnie Johnson, Sister Rosetta Tharpe, T-Bone Walker, Big Bill Broonzy, Memphis Minnie, and Arthur Crudup. By the 1950s, the electric guitar had become the most important instrument in popular music.

The second important advance was the change in radio broadcasting from predominantly live music performances in the 1930s and 1940s to playing recordings by an announcer who became known as a disc jockey in the 1950s. In 1951, Cleveland-based disc jockey Alan Freed began playing a music style that appealed to a new teenage audience while popularizing the term "rock and roll" to describe it.

Freed reportedly got the term from Billy Ward of The Dominoes, who came on his radio program to promote his group’s recording of “Sixty-Minute Man”. By the middle of the 20th century, the phrase "rocking and rolling" was slang for sex in the black community but Freed liked the sound of it and felt the words could be used differently. 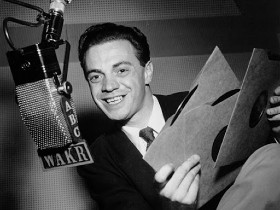 Despite the sexual connotations of “rock and roll”, Freed started using the term on the air to describe the rhythm and blues music he was playing. His radio show the air as Moondog), and the music grew in popularity.

On March 21, 1952, Freed put on The Moondog Coronation Ball at Cleveland Arena. This very first rock concert featured an all-star bill, including Billy Ward and His Dominoes, along with some mayhem when twenty-five thousand fans showed up for the venue’s ten thousand seats.

The national news covered the riotous nature of Freed’s concert, and it became the sort of thing that had parents shaking their heads and preachers thumping their pulpits. But by 1953, the phrase "rock and roll" was becoming used much more widely to market the music beyond its initial black audience.

Alan Freed wasn’t the first white disc jockey to play R&B songs on the air, however. Both Gene Nobles in Nashville and Bill Randle in Detroit pre-dated Freed in playing black music that was enjoyed by young people of all races. The practitioners of the music at this time were primarily young black artists, who appealed to the post-war community's need for excitement, dancing, and increasing social freedoms. 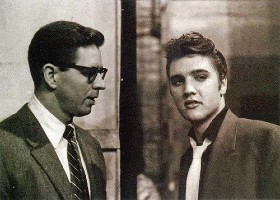 The higher standard of living for Michigan families from the industrial jobs saw the rise of a postwar teenage culture with more disposable income and leisure time than any previous generation. These teenagers began to look for a new music that would better reflect their lives and interests, and this new rock and roll music seemed a perfect fit.

Even the big, powerful, chrome-trimmed cars coming out of the Motor City became symbolic of the new sound. The automobiles produced in Detroit were metaphors for the individual freedom sought by teenagers, and they became the subject of many songs during rock and roll’s first decade. The first of these rocking R&B songs was the massively successful and influential “Rocket 88”. Recorded in Sam Phillips’ studio in Memphis by Ike Turner’s King of Rhythm, the master was licensed to Chess Records for national release. The Chicago label mistakenly released the song under the name Jackie Brenston and His Delta Cats, and it became a # 1 R&B hit in 1951.

The first white artist to take advantage of this new musical trend was Bill Haley. Born in Highland Park, Michigan, in 1925, Haley lost the sight in his left eye at the age of four when the optic nerve was accidentally severed during an operation on his inner ear. At the age of seven, during the Great Depression, his family moved to Pennsylvania. Both of his parents were musical, and Haley learned to play the guitar and began performing country music as a teenager, earning recognition as a yodeler in a variety of country music bands. 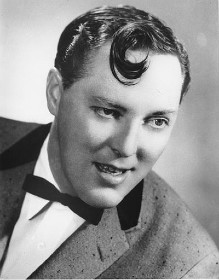 In the late 1940s, Haley became the musical director at a radio station in Chester, Pennsylvania. He formed two bands around this time: Bill Haley & The Four Western Aces and then Bill Haley and The Saddlemen. Both bands were inspired by Bob Wills and played a rough form of Western Swing. Haley had recorded a number of singles in this style with limited success before signing with Holiday Records.

In 1951, Haley and The Saddlemen had begun playing “Rocket 88” live to great audience response; and later in the year, they covered it for a single. Although it was not a hit, it sold more records than any previous Haley release. The following year, Haley and his band covered “Rock The Joint” on the Essex label. The success of that single convinced Haley to drop the cowboy outfits, and he changed the band’s name to Bill Haley and His Comets to reflect the shift in musical direction. Listen to Bill Haley's cover of "Rocket 88" https://www.youtube.com/watch?v=TPLS2i9dSy0

Televisions were also becoming more common in Michigan homes during the 1950s. Even though there were only two or three channels available at this time, later teen programs such as American Bandstand as well as popular prime-time variety fare, including The Ed Sullivan Show and Texaco Star Theater, became important showcases for the new breed on rock and roll artists.

In 1953, Haley’s recording of “Crazy Man, Crazy” had the distinction of being the first rock and roll single to reach the Billboard pop charts. That same year saw James Dean appear in Glory in the Flower on an episode of the CBS-TV series Omnibus. It was one of his early roles, and his performance as a disaffected youth was similar to the character Dean would later become famous for in Rebel Without A Cause. The summer program was also notable for featuring Haley’s “Crazy Man, Crazy”, thereby becoming the first dramatic TV show to feature rock and roll. 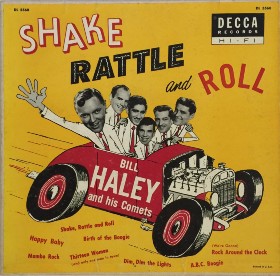 Bill Haley and His Comets recorded “Rock Around The Clock” for Decca Records in 1954. It was a Top 40 hit when it was first released, but it was soon eclipsed by his follow-up single, a cover of the Big Joe Turner R&B hit “Shake, Rattle & Roll”, which reached # 7 on the Billboard chart. Haley’s version of “Shake, Rattle & Roll” sold a million copies worldwide, and it became the first rock and roll song to enter the British singles chart. Listen to "Shake, Rattle & Roll" https://www.youtube.com/watch?v=8B7xr_EjbzE

In 1955, “Rock Around The Clock” was used in an opening segment of the film Blackboard Jungle starring Glenn Ford. It was selected by chance when the producers of the film were looking for a song that young people might listen to. It was picked from a collection of records supplied by Glenn Ford’s son, Peter. Thanks to its use in the film, “Rock Around The Clock” was transformed into an anthem of 1950's rebellious youth. It also became the first rock and roll song to reach # 1 on Billboard’s Hot 100 in 1955 after it was re-released as a single. 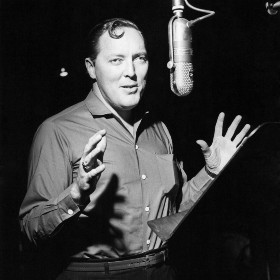 Haley’s last Top Ten single was “See You Later Alligator” in 1956, but by 1960, he had disappeared from the charts altogether. He made a comeback of sorts in the early 70's on the “oldies” circuit and appeared with a new group of Comets in the musical documentary film Let The Good Times Roll.

Haley was an admitted alcoholic, and this contributed to his health problems in later life. He died in 1981 in Texas at the age of just 55. Haley became one of the first five Michigan artists, along with Aretha Franklin, Marvin Gaye, Smokey Robinson, and Jackie Wilson, to be inducted into the Rock and Roll Hall of Fame in 1987.

Bill Haley and His Comets were also among the first group of artists inducted into the Michigan Rock and Roll Legends Hall of Fame in 2004. In addition, “Rock Around The Clock” was voted one of the original ten Legendary Michigan Songs in 2007, and it is listed as one of the 500 Greatest Songs of All Time by Rolling Stone magazine. Listen to "Rock Around The Clock" https://www.youtube.com/watch?v=Ud_JZcC0tHI